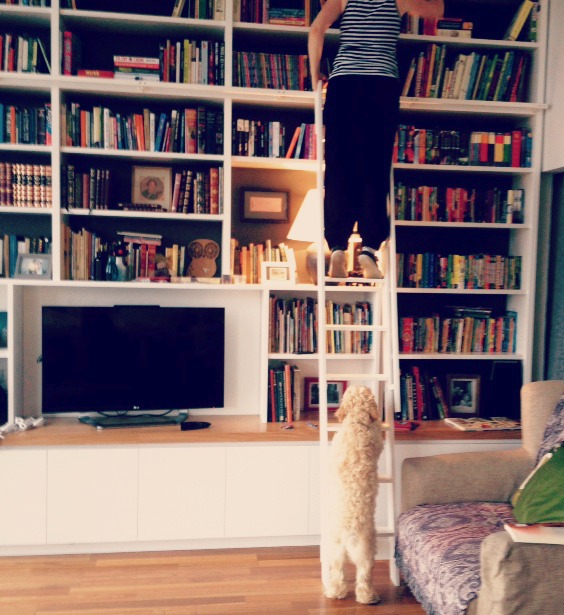 In 2015 I read about 100 books, mostly young adult fiction, a fair bit of middle-grade, and a handful of adult novels, memoir or non-fiction. I didn’t count picture books, but that was probably another 50 or so.

Thanks to my friend Nina and this blog post she wrote called Why You Should Keep Track of Every Book You Read, 2015 is the first year that I’ve got a complete record. I rated each book with a very basic system, starting from no stars up to a maximum of three stars plus a heart. I know that’s cheesy, but stars and hearts are easy to draw by hand. (I’ll do better next time…)

It has been illuminating looking back on it. I found that some of my ratings weren’t generous enough a few months down the line. Because my maximum was three stars plus a heart, and given only to the novels that made me want to stand on my balcony and scream THIS BOOK! THIS BOOK! I realised that I’d sometimes given only one or two stars to novels that were really very good. Then I wondered if I was simply in a bad mood when I gave the rating, or maybe I’d hastily scribbled down a couple of stars as soon as I’d finished a book without realising how much the story was going to linger. Sometimes a book’s effect on you isn’t immediately obvious.

Looking back at my ratings gave me a new perspective on star-ratings in general (which have always perplexed me). It made me adamant that my star-ratings should remain for personal use only, to be reflected on and analysed. And once I realised this, perhaps rather contrarily I decided to go onto Goodreads and give 5-star ratings to all the books that I really enjoyed this year, whether or not I thought they were perfect or flawed. Because Goodreads is pretty annoying on several levels, and because if the only way I can thank an author for a great reading experience is with 5 stars then I’m going to take that opportunity.

All that star-ratings nonsense aside, here are some books that I thought were highly notable this year. I’ve included the category and publication date. There’s also an image showing the 9 books that I personally loved the most of all the 2015 new releases I read, taking nothing into account but my own enjoyment and personal response. I’ve made this distinction because in my work as a children’s and YA bookseller for the past few years and as a judge of a YA literary award, I’ve spent a lot of time analysing why one book is more deserving or more perfectly pitched to its young audience than another, and that is sometimes a different thing from the books that I respond to on a purely personal level. 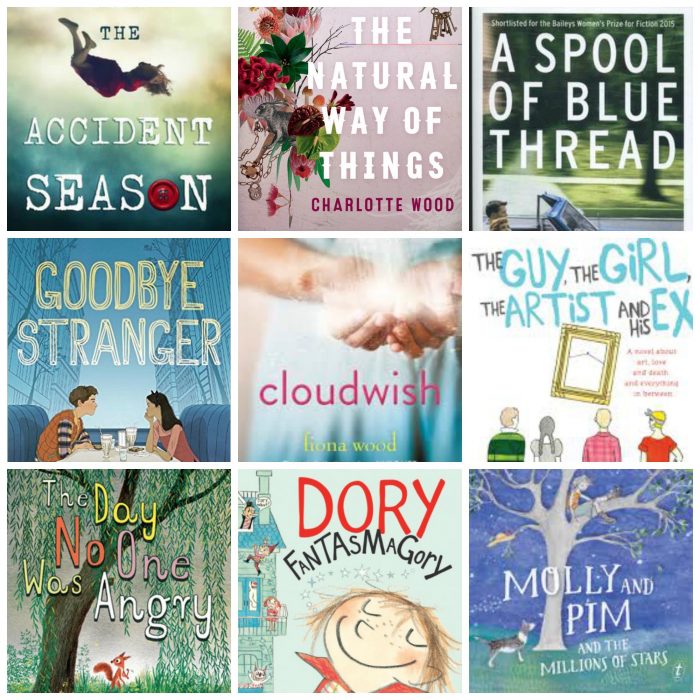 My Brilliant Friend by Elena Ferrante (Fiction, translated from Italian by Ann Goldstein, published July 2013, first book in a trilogy)

The Dead I Know by Scot Gardner (Australian, Young Adult Fiction, published May 2011)

The Guy, The Girl, The Artist and His Ex by Gabrielle Williams (YA fiction, published April 2015)

Simon VS The Homo Sapiens Agenda by Becky Albertalli (YA fiction, published April 2015)

The Tenderness of Wolves by Stef Penney (Fiction, published 2006)

The Day No One Was Angry by Toon Tellegen and Marc Boutavant (Junior fiction, published March 2015)

Frankie and Joely by Nova Weetman (YA fiction, published July 2015)

Travels of an Extraordinary Hamster by Astrid Desbordes and Pauline Martin (Graphic novel for 7+, published June 2015)

Molly and Pim and the Millions of Stars by Martine Murray (Middle Fiction, published June 2015)

How The Sun Got To Coco’s House by Bob Graham (Picture Book, published August 2015)

Tomorrow When The War Began by John Marsden (YA Fiction, published 1993)

The Prince of Afghanistan by Louis Nowra (YA Fiction, published 2015)

Clancy of the Undertow by Chris Currie (YA Fiction, published November 2015)

Who Done It? by Olivier Tallec (Picture book, published 2015)

A Fence Around the Cuckoo by Ruth Park (Memoir, published 1992)