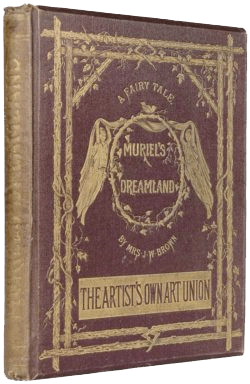 The works of Eleanor Brown and Alberta Frank

I thought I had no pedigree in children’s books, that I came from a wonderfully eclectic family of art dealers, pig farmers, printers, estate agents, building contractors – you name it – but no children’s book writers.

In February 2016 my daughter began researching our family tree for a school project. She kept asking ‘but what did the women do for a living?’ because we had so many stories about the careers of our male ancestors, including their exploits in war, but in the space on the family tree where it says ‘occupation’ all the women had ‘housewife’. Not that there is anything wrong with being a housewife, but to have no exceptions was somewhat frustrating to my feminist 12 year old.

And to me. So I decided to do some digging. The strange thing is, it did not take me very long and I didn’t have to look very far. Something wonderful was right under our noses all along, and the fact that it took us so long to see it is rather shameful. That’s why I want to make a big fuss of it now, and show off the fascinating life and work of my great-great-great grandmother, Eleanor Brown, and her daughter, Alberta Frank, who – together, in 1871 – published an illustrated children’s book called Muriel’s Dreamland.

At this point I’ll hand over to an extract from a book called English Female Artists, written by the author and artist Ellen Creathorne Clayton, published in 1876.

This lady, who is purely a paysagiste, is one of  our few modem painters who cherish a real, passionate love of Nature. She is the daughter of the late Mr. Fairlam (a jeweller of good position in the City), is one of a family of eight brothers and sisters, and was born, 1829, near the Regent’s Park. She early showed a great love for drawing; her copies in pencil and chalk at seven years of age were commended by the drawing-master. At about ten she commenced taking likenesses (caricatures, of course). Two especially were notorious in the school — the governess and the page. No one  could mistake them, and they caused immense fun amongst the children. Although the drawings were shown to friends,  very little notice was taken in a family of eight  very energetic people — each had different tastes, and music was much preferred to drawing. When older, Miss Fairlam attended two very superior schools till she reached the age of eighteen. Both the principals requested her to leave specimens as examples for other pupils. At one a Mr. Whichelo was the master. He often remarked that he hoped to be  proud of her at some future day, as he then was of a former pupil — Mrs. Carpenter.

After leaving school, Eleanor Fairlam had a room  given at home for her separate use, as it was generally voted that she “made such a mess” in the family one. There, surrounded by some canaries (for which she had a mania), she passed her time in writing poetry and in drawing. Her desire to learn was most enthusiastic. When leaving school a liberal allowance was made to each sister by their father for expenditure on dress. Alas for the finery it was never of much moment to her. On receiving the first quarter’s money in advance, she was passing down Regent Street, when her attention was directed to a large head in colours, after Guido, exhibited in a window with the words — “Lessons in this style, 105. 6d.; twelve only required.” Her dress was nothing then. She immediately entered, had an interview with the eccentric but truly sincere lady (Mrs. Saunders), and, being between two most earnest people, the business was concluded at once.  The system was to rub colours in with leather, which Mrs. Saunders fully believed was the method practised by the Venetians. Miss Eleanor was soon in difficulties, so many  materials being requisite; but an indulgent grand-father came to the rescue, and bought her first picture. It was in 1848 that Eleanor Fairlam’s destiny was settled. She was married at St. George’s, Hanover Square, on her twentieth birthday, March 22, 1849, to Mr. J. W. Brown, an estate agent living at the west end of London. Mr. Brown was extremely fond of the fine arts, and the newly married couple soon gained a circle of artistic friends, amongst whom were Mr. and Mrs. W. Oliver, the eminent landscape painters. Mrs. Brown received a few lessons, which first taught her how to paint in oil colour. She made many careful copies — so accurate that the artists who had painted the originals were sometimes unable to distinguish her work from their own.

An illustration from Muriel’s Dreamland

It was, however, not until she became acquainted with Arthur Gilbert, whose works she greatly admired, that Mrs. Brown attempted original subjects. She went with her husband on a sketching excursion to Dolgelly, and then all the long-suppressed desire to be an artist came forth, and she commenced with the greatest enthusiasm, working from morning till night, sketching in all weathers, caring not a jot for wind, rain, or cold, not even for midges! In fact, her persistence not un-frequently led her into trouble. One day, in Scotland, wishing to paint the snow on the Cobblor mountain, she sat on a wall till quite frozen, and could not move until some one passed who assisted her. Another time, she remained so late at her sketch in Glen Falloch, that darkness had set in when the party left for home, to row ten miles in a little boat. They met the Loch Lomond steamer, and were nearly capsized by it, no light being visible. When painting Ben Lomond one day in heavy rain, a woman came behind, and asked what she was doing. She briefly answered,“Taking Ben Lomond.” Turning roughly away, this matter- of-fact native said, “You’re takin’ a cauld, woman, that’ll bring ye to your grave.”Mr. and Mrs. Brown spent four seasons sketching in Scotland, and several in Wales. At this time Mrs. Brown was exhibiting nearly all her pictures, and her name became well known. One very favourable notice in The Times on a picture hung at the Old British Institution, brought her many commissions. About this period negotiations were being carried on for Mrs. Brown to go to Lisbon to paint for the King of Portugal, but they were broken off by the sudden death of that sovereign. In 1865 her husband’s health began to fail; he rapidly became quite helpless, and has remained so since. This was a great trial in every way. The children, one girl and two boys, were all young, and the expenses of education alone were heavy. But Mrs. Brown persevered with unbroken spirit. Attending to her invalid husband added greatly to her labours, so, having a good connection all over the country, she quite gave up sending to exhibitions, with the exception of the Society of Lady Artists, in which she was always interested, having been solicited by the committee to join it at its foundation.

Her daughter, Alberta, was her constant care. This child showed talent when scarcely more than a baby. At about the age of fourteen, Alberta exhibited several pictures, and since then, many in the Dudley and other galleries, being particularly successful in “selling.” In 1872 she was married to a gentleman from Amsterdam, and now exhibits in the name of Alberta Frank. She has two children, but is still ardently devoted to her profession, and this year (1876) exhibited with the Society of Lady Artists.

With the view of enabling her daughter to come forward in illustrating, Mrs. Brown in spare evenings wrote a little fairy tale, entitled “Muriel’s Dreamland”. This was published by Messrs. Griffith and Farran, in 1871, and met with much success. The illustrations, by Mrs. Brown and her daughter, were excellently reproduced in photography. In printing and binding, the work was admirably ” got up”, which assisted in rendering it most attractive. The story was sweet, simple, and pure. A prettier Christmas present could not be desired, and it was favourably reviewed by all the most influential journals. The Duchess of Teck, Prince Christian, and other persons of high position, purchased several copies. A second and larger edition was subsequently published. Not being able to travel, in consequence of her husband’s illness, and charmed with the scenery of Holmwood, Surrey, Mrs, Brown went there with her family to reside, and has been much occupied in painting the views around. Several of the pictures have found purchasers among the old families residing in the neighbourhood. The productions of this artist have almost in- variably obtained commendation from the most severe critics. By many she has been placed in rank with some of our leading male landscape artists. Her larger works have been always remarkable for careful study and breadth of treatment, while the majority of her smaller ones have shown delicate minuteness of detail, with a pleasing effect. Of late years her pictures have been so frequently commissions, or purchased while yet on the easel, that her name has not appeared much in the catalogues of exhibitions. Among her more important works are—

I like to think that the desire to tell a story about a lonely girl who gains important agency through some kind of ‘dreamland’ must have skipped a few generations and landed on me – The Other Side of Summer is my version, 145 years later.